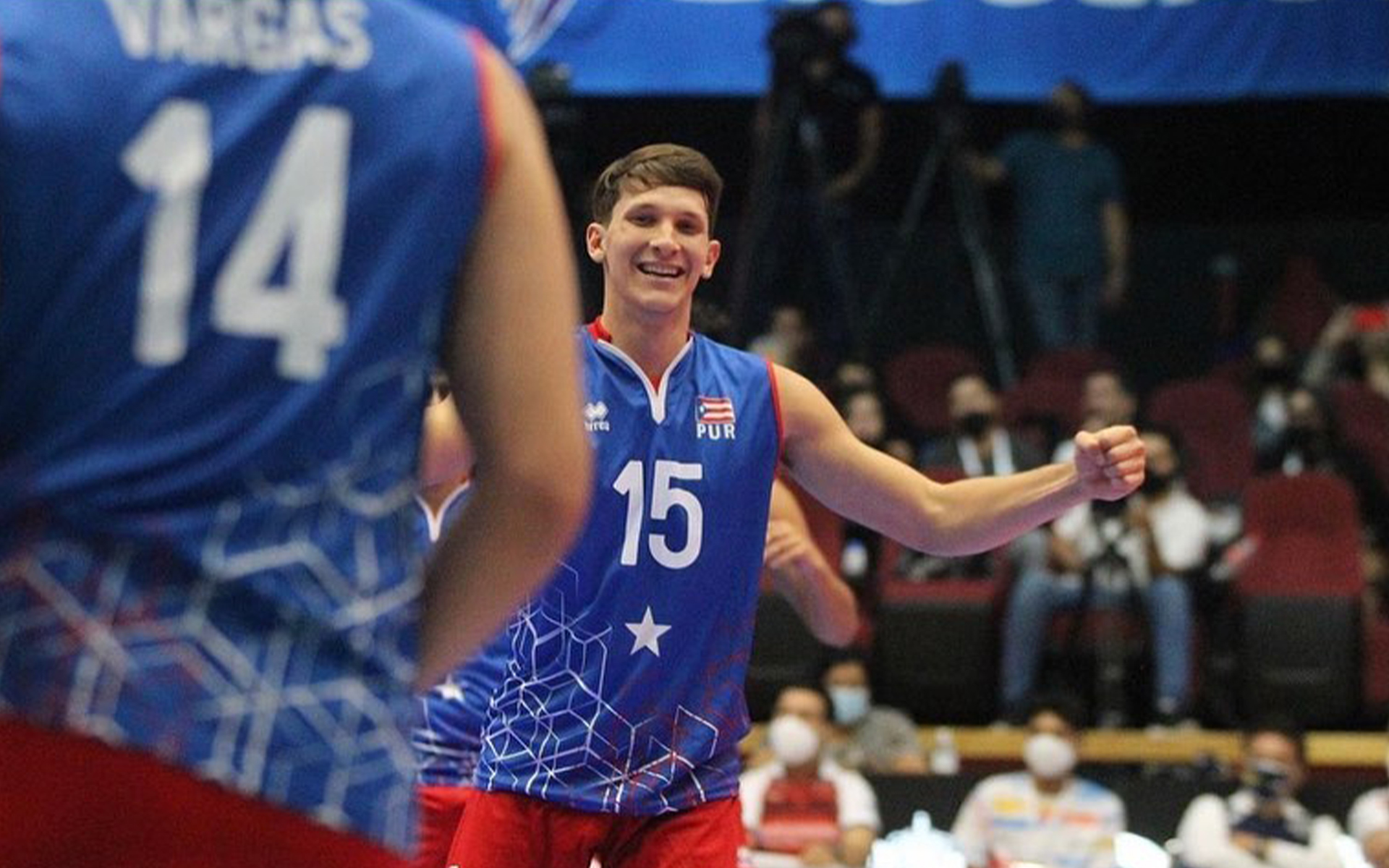 This week’s biggest news in volleyball came from the historic conclusion of the 2021 North, Central America, and Caribbean Volleyball Confederation (NORCECA) Championship. There the Puerto Rican Men’s National Team took home their first NORCECA title. The team’s first gold medal has also given them an automatic bid into Russia’s 2022 FIVB World Championships.

BYU Alumni Opposite hitter Gabriel García was the kill leader for the championship match with 11 points, 10 kills, and one ace. While Cal Baptist alumni, Arturo Iglesias, was selected as MVP for his performance as the team’s leading setter. The competing teams also had a great supporting cast of players from the NVA, with LA Blaze, Vegas Ramblers, OC Stunners, IE Matadors, and Southern Exposure being represented.

LA Blaze had two of their middle blockers, Pedro Nieves and Jonathan D. Rodriguez Lopez, help clinch the gold for Puerto Rico. Both had career-changing performances throughout the event. They came in top peak performance after their time training in California over the summer. Rodriguez found himself the third-highest scorer with 9 points in their 3-0 sweep over Canada in the finals.

“So, when I got back from the NVA to join the National Team, we were practicing 5 days a week. Preparation was more consistent than other years, and that helped with our chemistry and trust. It wasn’t easy, considering all the adversities that were presented. But we still managed to push through all of that.” – Jonathan Rodriguez.

Nieves came in ready to put his name up on the mantle as he came close to tying the all-time blocking record in a match within the NORCECA Championship. In Puerto Rico’s victory over the Dominican Republic in the quarterfinals, Nieves scored 7 blocks in one game! He added to the team’s 19, which tied for third-most in a match in the history of the continental event.

“We just made history! I’m proud of this team, and this means everything to me. It’s the result of the sacrifice and the hard work we put in every day. We are a young team, and people doubted us. But we persevered and believed. We played match by match without thinking ahead, and that mentality kept us humble.” – Jonathan Rodriguez.

This coming season Jonathan is expected to travel abroad to Denmark to play his first professional season abroad. Playing for Middelfart Volleyball Klub replacing Stunners Middle Blocker Shayne Beamer. The team will be competing in their first-ever appearance in the CEV Champions League challenge cup. While Pedro will look to return for another season in Puerto Rico as he decides where he will play next.

Be sure to go and give Nieves (@pedro_nieves5), Rodriguez (@jona7rodz), and LA Blaze (@la_blazevbc) a follow on Instagram to stay updated leading up to the 2022 NVA Championships. Also, follow the link below to watch the gold medal match of the 2021 NORCECA Championship Event if you haven’t seen it already!

“Volley On With the NVA!”