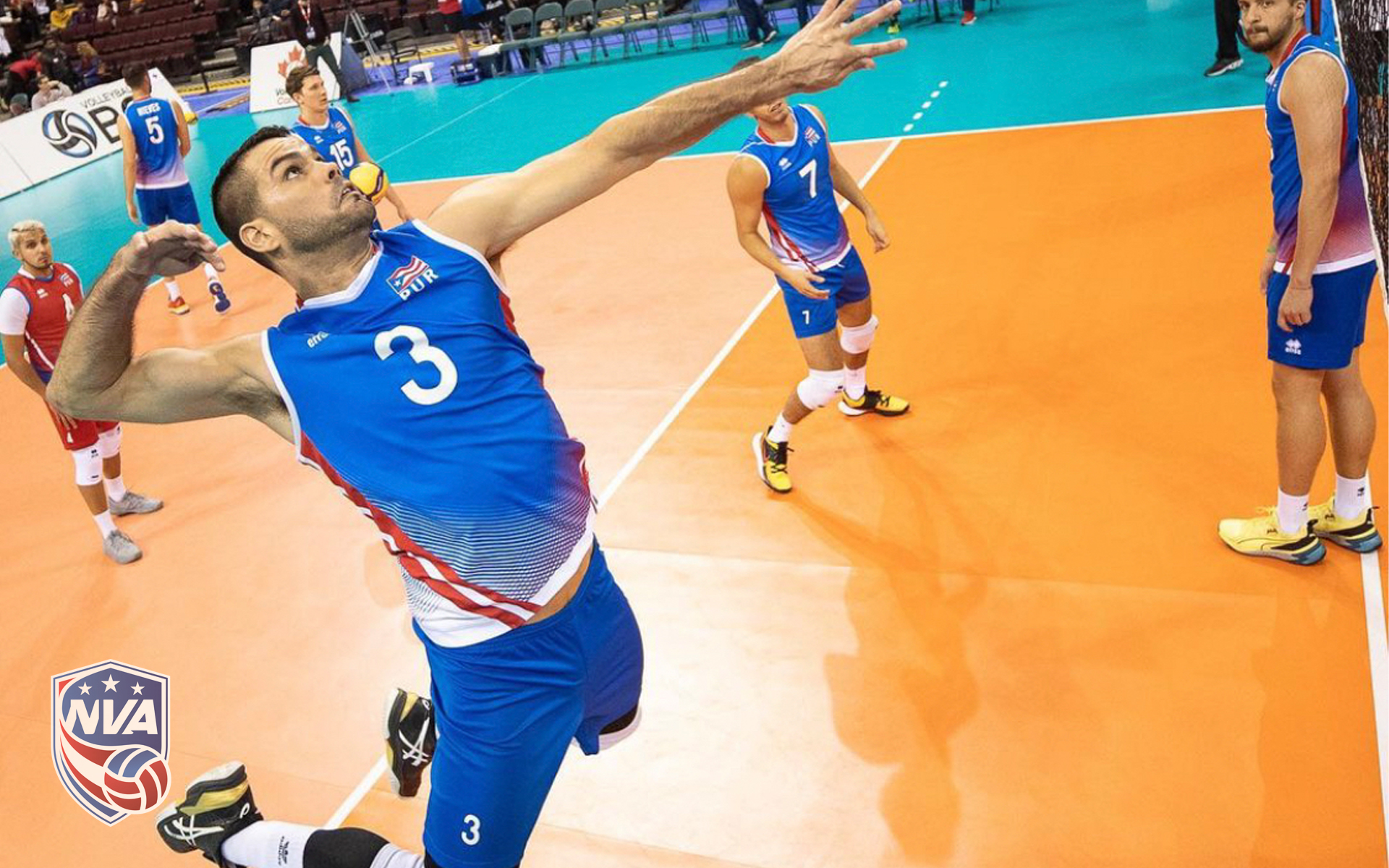 The NVA has prided itself on giving American players the chance to continue their growth as players and put their skills on display for the world to see. Without that opportunity, many players’ careers have dwindled after university, unable to make the difficult jump to playing overseas where the only professional volleyball opportunities have been. But the goal of the NVA, on top of giving players a chance to play professionally at home, is to compete against the world’s greatest clubs! United States players have already won the Champions League in Europe, but having other top-level international recruits makes the NVA’s objective much easier!

One of the highest-ranking international players currently playing in the NVA, 2nd behind Utah Stingers Russell Holmes, is Puerto Rican Outside Hitter Pablo Guzman. The 34-year-old veteran has an impressive track record, having played for professional teams since he was 20 years old. Playing his summer back home in the Puerto Rican League, Pablo has also traveled internationally to play Slovakia, Cyprus, Libya, Switzerland, Belgium, and Finland. He’s also been a starter for the Puerto Rican National Team, competing in the Olympic Qualifiers, FIVB World League Championships, the Pan American Games, and the NORCECA Championships. Just to have played in the type of leagues and international tournaments that Pablo has experienced is the highest volleyball level alongside the summer Olympics.

But Pablo has managed to take home 17 podium finishes in his career so far, seeming to grace every team he’s been on with winning success. He’s even gotten a taste of excellence with two appearances in the CEV European Champions League while in Belgium with Knack Roeselare and Cyprus with Omonia Nicosia. He undoubtedly has time and time again made an enormous impact on the teams he has been on, providing the energy and spirit needed to win. During the NVA 2020 Championships, Pablo brought his all to the game and was the court’s leader for the LA Blaze. Even though the adversity of playing for the first time together as a team, Pablo was always impressively calm, pulling his team through moments of adversity.

Not having gotten the finish in his first appearance in the American League, Pablo has already been planning on returning for the next season. Realizing the disadvantage that Blaze had with their Puerto Rican players away during the pre-season only to arrive a day before the competition and connect with the team.

“Not getting a chance to play together enough before the weekend was our downfall. The Puerto Rican players weren’t able to train with the team because of current travel restrictions. Next season you’ll surely see nice things from this team since we plan to move to Cali for the full season if everything goes well and God allows it.” – Pablo Guzman.

Having Pablo with LA Blaze is just another first step of many for the NVA as they push forward toward global recognition. As the Puerto Rican league has been a stepping stone for many American Players in their professional careers, the NVA looks to be the avenue for Pablo’s future. To get weekly social media updates on Pablo’s journey, you can follow him (@pabloguz3), the NVA (@nvausa), and LA Blaze (@la_blazevbc) on Instagram and Facebook as well as their website (https://blaze.nvausa.com/). As always, fans can check out the NVA on YouTube to catch reruns of LA’s 2020 Championship performances as well as live-stream coverage of the upcoming events starting April 23rd.