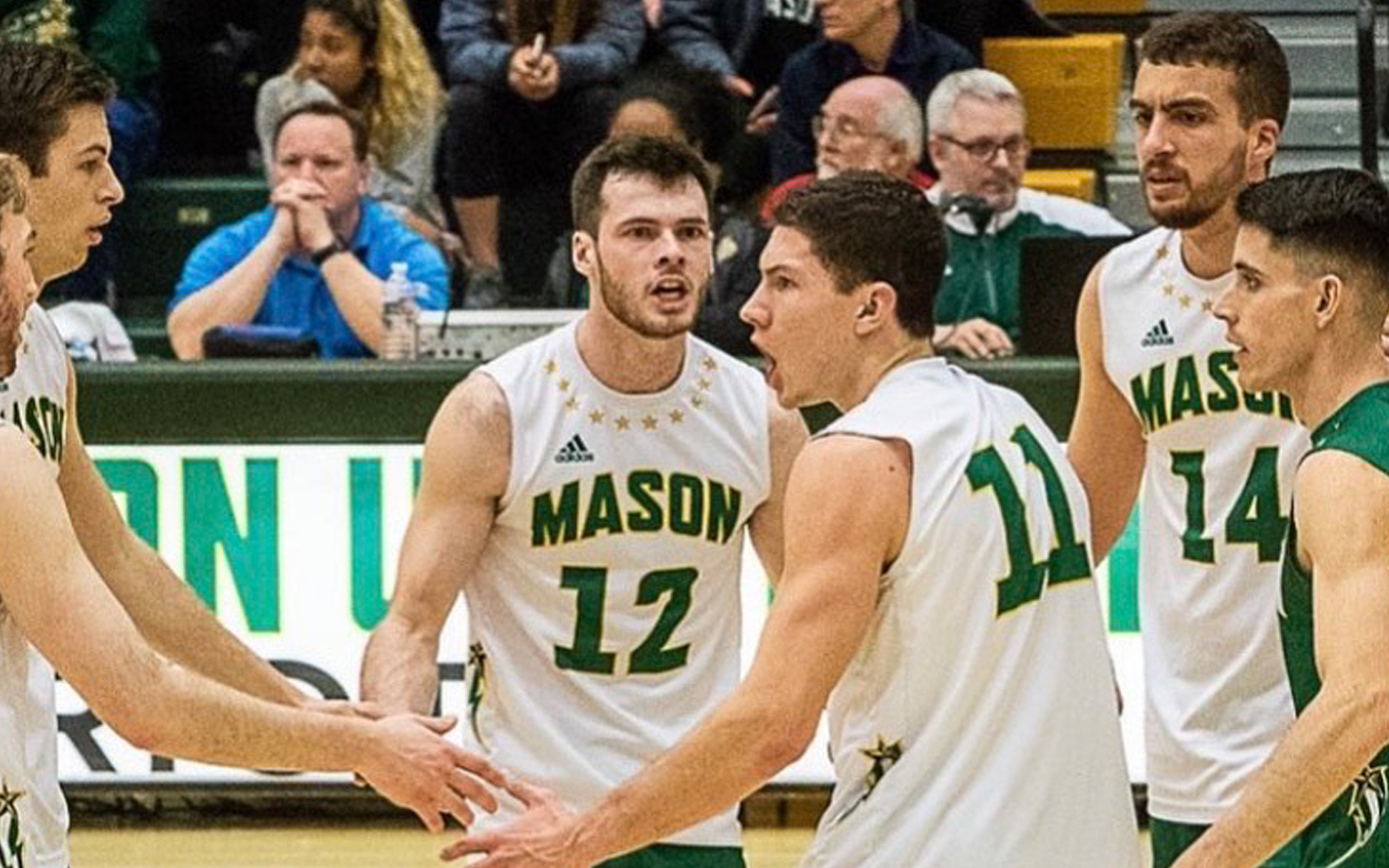 Coming into the NVA this year, George Mason alumni Travis O’Gorman has joined LA Blaze to give the team a new edge as they fight for the 2021 championship. Enjoying his time in his new home in Huntington Beach, CA, the New York native has returned to the West Coast after playing his last two years of NCAA eligibility in Virginia. Back with his old Long Beach City College teammate, opposite Charles Belvin, Blaze looks to replicate their success in winning the California Community College State Championships with their new team. The dynamic duo is now peaking in athletic performance and have come together again to push LA Blaze to a championship finish.

As a 6’3″ outside hitter Travis embodies all the same skills and aggressive playstyle as Polish National Team player Michał Kubiak. https://www.youtube.com/watch?v=Orx_US70zmc. Travis always gives his setter the perfect pass needed to dish him the ideal ball with excellent serve reception, followed by his impressive attacking ability. Quickly getting his shoulders up above the net, Travis seems to have all the vision in the world where he has shown to have a full range of shots from well above the block. Pair that with solid blocking and a devastating jump serve make Travis a true force to be reckoned with in the league.

His playing has earned him early accolades in high school, where he dominated the youth volleyball scene in New York. There at Northport High School, he was a four-year letter winner and a Two-time all-county selection and member of the 2012 all-county tournament team. He also did well in club volleyball, making it to the USAV High-Performance A2 Team. The New Yorker also received national recognition as a 2014 Volleyball Magazine All-American honorable mention and was ranked as a Fab 50 recruit in Volleyball Magazine. Since then, he has led the LBCC Vikings to the 2016 CCCAA State Championship and 2017 Final Four, wherein both years he was selected to the All-Conference Team. At George Mason, he was part of the squad to push the team to the EIVA final four in 2018 and 2019.

Leaving George Mason, Travis had his eyes set on playing professionally overseas until the pandemic dashed his dreams. Thankfully 2020 also came with the remarkable growth of the NVA, providing a league for Travis to continue his aspirations in becoming a professional athlete.

“The NVA has a lot of great philosophies brought to the table. Both from the coaches and players to bring different styles of play to the court. The NVA is filled with a lot of great talent and serious high-level play. The NVA is a growing organization that will continue to get bigger and excel with the amount of talent we continuously bring to the table. I’m excited and humbled to be able to be a part of this organization.” – Travis O’Gorman.

Travis has already been hard at work in the gym, training with Blaze in preparation for the first event, April 23rd-25th, which is fast approaching. To get weekly social media updates on Travis’s journey, you can follow him (@trog_41), the NVA (@nvausa), and LA Blaze (@la_blazevbc) on Instagram and Facebook as well as their website (https://blaze.nvausa.com/). As always, fans can check out the NVA on YouTube to catch reruns of LA’s 2020 Championship performances as well as live-stream coverage for all upcoming events.