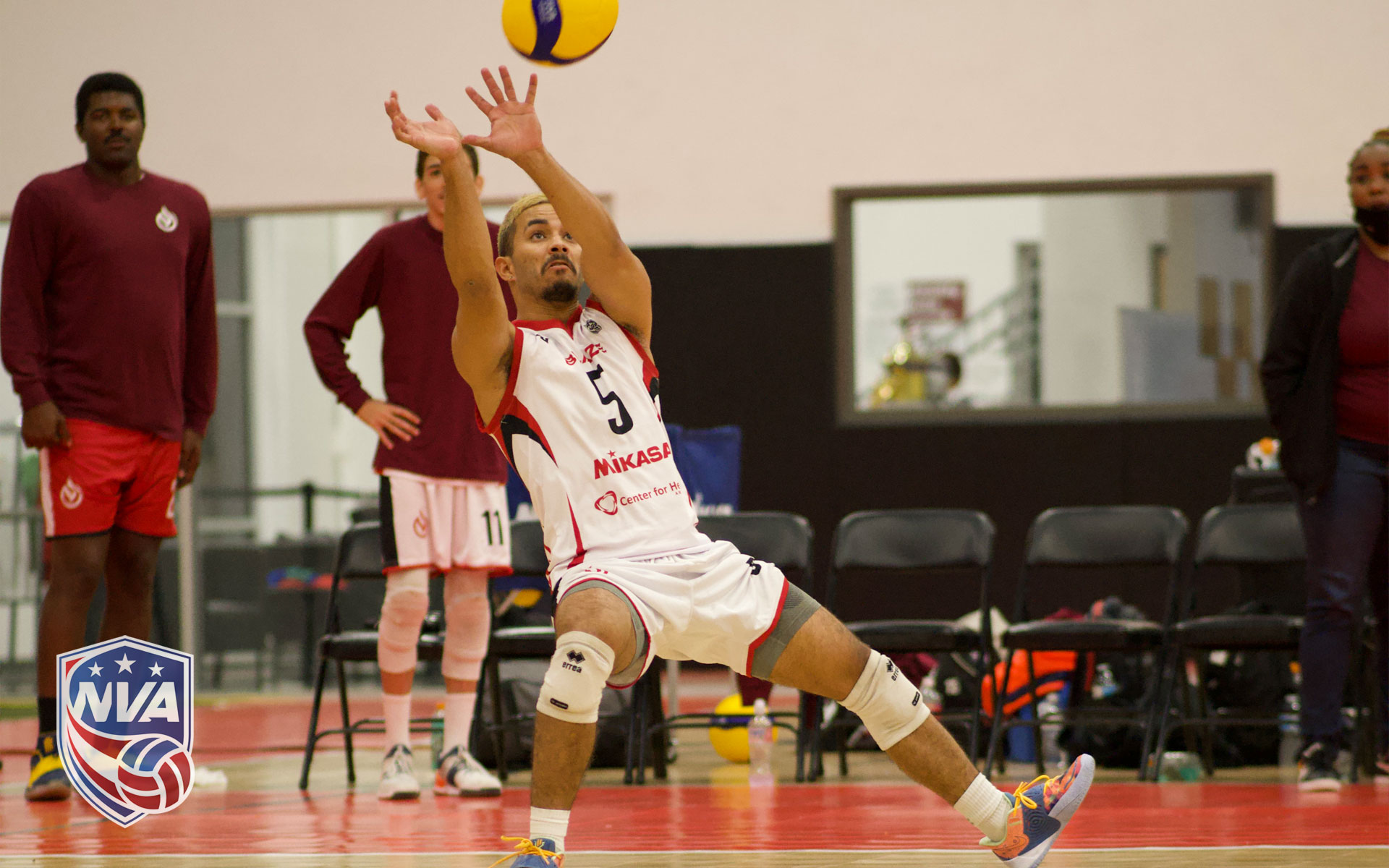 Tyrants took the lead with a block point after their first serve. Both teams sided-out to 7-7 from OH kills and hitting errors. At 9-8 three consecutive Tyrant kills by the outside hitters gave the Tyrants a four point lead to 12-8. Blaze called a time out. Tyrants added to their lead with an MB kill to 14-9. After a side-out Tyrants added to their lead on a run from a Blaze service error, hitting error; and Tyrants’ OH kill to 17-10. Tyrants killed their run with a service error. Three Blaze hitting errors and a Tyrants’ OH kill increased the Tyrants’ lead to 22-13. Blaze called a timeout. Tyrants’ scored on a MB block point and OH Kill to 24-13. Blaze sided-out on a Tyrants’ hitting error 24-14. Tyrants win set on a MB block point.

Then Blaze increased their lead after a Tyrants’ hitting error to 14-10. Tyrants rallied with a run of block points and OH kills to tie the score at 15-15. Blaze called a timeout. The Tyrants run stopped on a hitting error and then gave the lead back to Blaze with another hitting error to16-15. At 19-17 Tyrants disputed a call and received a red card from the referee. Blaze’s OPP kill and OH kill increased their lead to 22-18. Tyrants sided-out 22-19. Blaze reached 24 on a MB block point. Tyrants called a timeout. Tyrants sided out on a Blaze service error and followed up with two aces to 24-22. Blaze called their second timeout. Tyrants fired another ace to 24-23. And then another Tyrants ace off the net that tied the score 24-24. Tyrants kept their rally going with an OH roll kill and took a 25-24 lead. A Tyrant service error tied the score 25-25. Blaze scored on an OPP kill to 26-25. Tyrants sided out on a kill down the line 26-26. Another Tyrants’ OH kill gave them a 27-26 lead. And then a Blaze hitting error gave Tyrants the win.

Both teams sided-out well to begin the set. Blaze took the lead on a Tyrants’ net 4-3. Tyrants rebounded with an OH kill to tie at 4-4. Back-to-back Blaze block points by the MB and OH gave them a 6-4 lead. A Blaze hitting error tied the score at 7-7 but Blaze kept their lead at 8-7 after an OH kill. Tyrants hitting error gave Blaze back their two pint lead to 10-8. Blaze added another point with an OH kill to 11-8, then added to their lead with a MB block point to 12-8. Tyrants’ sided out with an OH kill to stop the Blaze run at 12-9. After a Tyrants’ passing error scored another point for the Blaze, they called a timeout. Tyrants sided-out on a MB block point to 14-10. Tyrants score three consecutive points on Blaze hitting error, OH kill and block point to cut the lead to 14-13. Tyrants served an ace to tie the score at 15-15, then won a joust and took a 16-15 lead. Blaze tied the score at 16-16. After a few side-outs Blaze added to their lead with two OH kills to 21-18. A Blaze service error stopped their run at 21-19. Tyrants’ hitting error gave Blaze a 22-19 lead. Blaze scored the next three points on two OH block points and closed out the set with an ace for the win.

previous
Blaze Fall to Matadors in 4
next
The East Coast Kid, Travis O'Gorman, Returns to California to fight for the NVA Championships with LA Blaze
PRIVACY POLICY
TERMS & COND...
We use cookies to ensure that we give you the best experience on our website. If you continue to use this site we will assume that you are happy with it.OkPrivacy policy