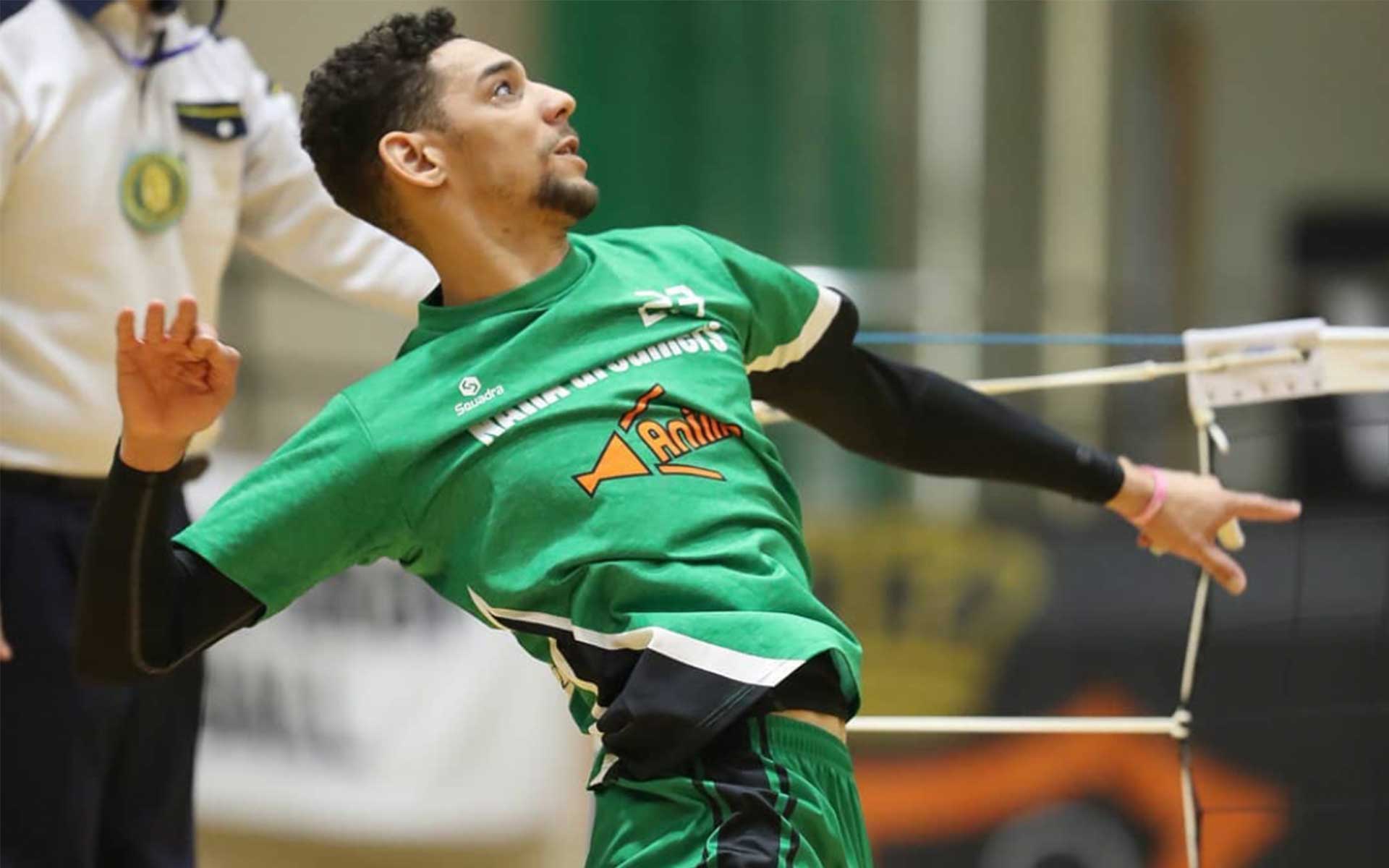 Joseph Andrew Cuevas Torres, LA Blaze’s veteran opposite, sat down over facetime to be interviewed about his volleyball career, thoughts on the NVA, and his current pandemic lifestyle. Managing to stay busy during COVID-19, Joseph has been preparing for hurricane season, grabbing extra backup generators for his apartment in Puerto Rico. Despite minimal storms since Hurricane Maria, he said “you still need to be prepared, especially with eight separate tropical storms predicted on the horizon.”

Joseph started playing volleyball when he was 11 years old; He first saw the game when he skipped class in middle school and happened to walk past the high school team playing three on three. “People weren’t as big back then, so it was crazy for me to see how they played and used ball control,” Joseph explained. He received a scholarship to play in high school at San Felipe Catholic School, later going on to play at Mount Olive College.

After college, Joseph has held an impressive professional volleyball career, not only in Puerto Rico but all across the world. His resume includes the Nara Dreamers (Nara, Japan), AsFar Rabat (Rabat, Morocco), OK Fuzinar Metal Ravne (Ravne Na Koroškem, Slovenia), Iraklis Halkidas (Thessaloniki, Greece), Al-Ittihad Club (Jeddah, Saudi Arabia), Caribes de San Sebastian (San Sebastian, Puerto Rico) and Indios de Mayaguez (Mayagüez, Puerto Rico). While a member of LA Blaze Joseph is still getting offers from teams overseas. However, due to the lack of team training and access to gyms, Joseph wants to take more time to get back into playing shape before taking on a new contract.

With the start of the lockdown, Joseph returned home to Puerto Rico to be close to family and develop some business ventures of his own. His daily routine has consisted of working on his souped-up muscle car, getting some home workouts in, and renovating an apartment to turn into an Airbnb. He discussed the current struggle with getting that Airbnb started while competing against local hotels who continually lower their prices as they try to increase tourism during a pandemic. Joseph has also invested in becoming a co-manager of a local bakery in Lares called Panaderia Y Reposteria El Paraiso!

“Oh, I’m keeping myself busy, you know…but now I’m getting so busy that I forget that we have a pandemic and I always go out and have to turn around and go back home to get a mask,” Joseph remarked.

With minimal opportunity to play volleyball, Joseph was reminiscing about the NVA’s trip to China last year. Joseph hopes the NVA can genuinely be a “National” volleyball league that mirrors how America embraces different nationalities. With the Matadors representing many Puerto Rican and Mexican players, Joseph thinks it could be possible to have other teams with players representing their nationalities. He shared his relationship with the Indocan Volleyball Club players, which holds tournaments for Indian teams in both America and Canada. Suppose there were teams cultivated from the Indocan or even from 9 Man leagues (9 person volleyball popularized in Asian American players) for the NVA. In that case, Joseph believes it would be an excellent step for the NVA to continue to gain international recognition and popularity.