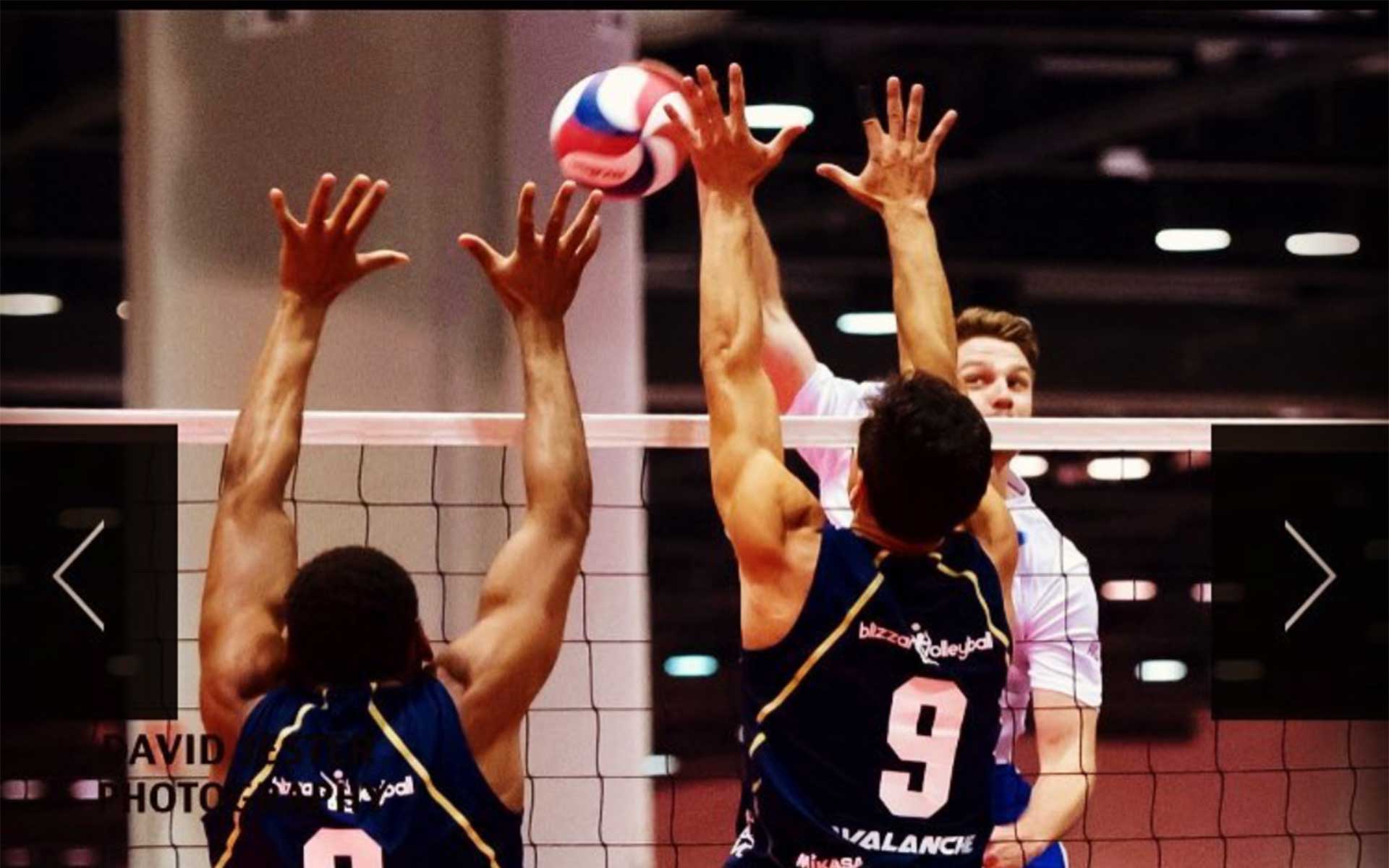 Michael Vellutato started playing volleyball at a very young age, and he has carried that passion to his spot on LA Blaze, currently. He began touching a volleyball at the age of four under his mother’s tutelage, as she showed him the “older generation of skills” on the beach. His mom, Lorrie Provost-Vellutato, used to be a professional beach volleyball player and is now a coach at Sunshine Volleyball Club. For many kids at that age volleyball is not available, and from the age of 9, he found himself playing on 14’s teams. Being one of the smaller players at his age, he was always played as a libero, eventually working his way up to become the dynamic setter he is today.

Michael played at Redondo Union High School in the South Bay, known for its rich volleyball tradition. For college, Michael then traveled out east to New York, where he started the first men’s volleyball program at Elmira College. Not having a large recruiting class in its first year, the team only had seven players on the travel roster. He described their game plan as “outside only offense.”

“No one even knew what Men’s volleyball was in upstate new york, and people would always ask what the difference was to which I would say I guess we just hit harder and jump higher,” remarked Vellutato.

They started to gain depth in their roster as the school gained more recognition, eventually getting ranked top ten in the NCAA Division 3 League. Michael shared the drama that ensued when they were almost selected for the NCAA tournament but were left slighted by MIT. At the time, the decision caused heated debates on the online forum on Volley Talk, which led to post after post with people defending Elmira for the impressive season they had.

Not yet wanting to start the real world after college, Michael left for the U.K. to attend Bournemouth College to receive his masters degree and play in the Super 8 league. Today, this is a prevalent option for many U.S. postgraduates to continue playing after their four year NCAA eligibility while also getting significant scholarships for their masters. Michael discussed how, at the time in 2015, the Super 8 consisted of many England National team players who had learned to play volleyball just for the 2012 Olympics. As volleyball did not have a strong following in the U.K., Volleyball England started the “Tall Movement” to fill the team, relying on tall physical athletes to learn the sport. With the national team returning to further their education, the league saw a massive increase in competition, which sparked other international players’ attention to follow suit.

Today Michael works as a product manager in music technology for Cinq Music. He shares how he uses his degrees in Psychology (Elmira) and Information Technology (Bournemouth) to understand the architecture for software design while enhancing customer use. As many people have struggled to be at home during quarantine, Micahel has thrived at home, being a self-proclaimed introverted extrovert. Michael described, “It’s made my job a lot easier working from home. As much as I love going out and having a fun time, I still love just being in my own space.” Since the lockdown, Michael has spent time developing himself, learning to bake bread, and even making two wood tables from scratch! After all of that, he still has had enough creative energy to build his clothing brand called Skully Apparel. Blaze is lucky to have a quality guy and player in Vellutato.